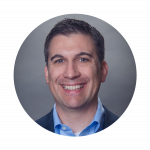 Select the edit icon to edit your custom html 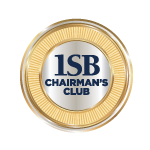 Robert Brooks, a veteran of the financial and real estate industry, joined 1st Security Bank as Manager and Senior Loan Officer in October of 2016. He leads the Everett Home Lending Office, which opened at the same time.

With nearly two decades in the mortgage business, Robert was excited to join 1st Security Bank, which he said “is a company that has deep roots in the community.” Robert is also in several community activities: he has served as President of Snohomish County Connections, a business professionals group, and as a Little League Baseball coach and manager.

Robert is an approved “Home Buyer Class Teacher” under the auspices of the Washington State Housing and Financing Commission.

He earned his bachelor of science degree in 1995 from Gardner-Webb University in North Carolina. An outdoorsman (fishing, camping, hunting), Robert and his wife Jenny have three children: Abby, Ella and Carson. They reside in the Lake Stevens area east of Everett.

“I’m happy our team is situated in the new Everett office,” Robert commented. “We are excited to be in the downtown area and able to help people with their mortgage needs.”

We have recently had several reports from clients about receiving unsolicited calls, texts, and other solicitations after applying for financing.

The credit bureaus are being paid by other lenders to provide your information to them as soon as your credit report is pulled.

The Fair Credit Act provides you the opportunity to remove your name from the credit bureaus solicitation list by going to www.optoutprescreen.com or call 888-567-8688. You also want to avoid solicitor phone calls by going to the Do Not Call Registry at www.donotcall.gov or call 888-382-1222.

Select the edit icon to edit your custom html